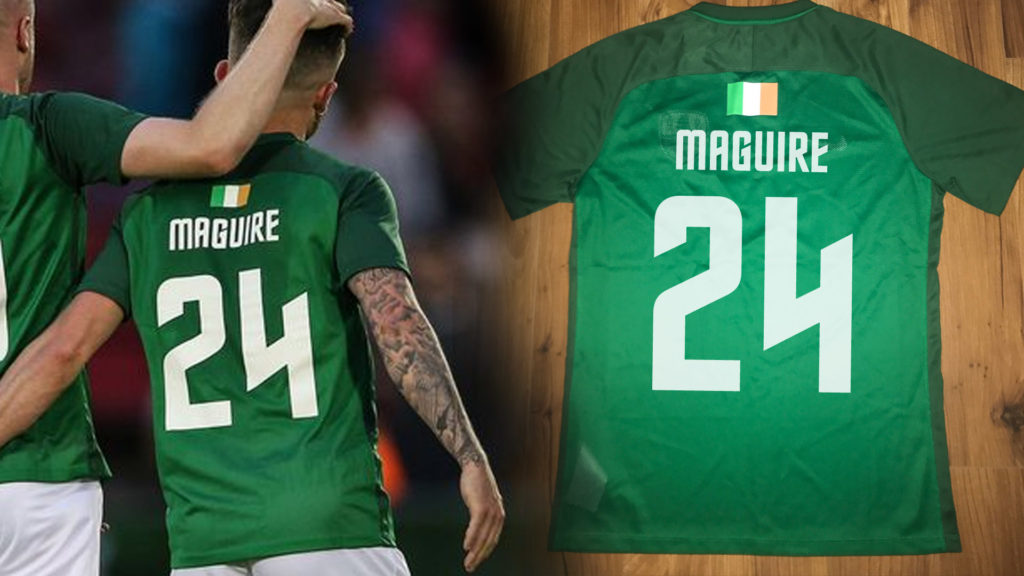 This week we’re running an exciting competition across our social media channels!

By following On The Ball Media on Facebook, Twitter and Instagram, you are in with a chance to win a unique Cork City FC Seán Maguire jersey.

The shirt does not feature any sleeve sponsors. It has the Ireland flag on the back and features “Maguire 24” printing.

The striker moved to Preston North End in July and has since earned a call up to the Republic of Ireland men’s national team.

So….! The only way to win this rare prize is to get liking, following and sharing! You can follow On The Ball Media using the links below. The winner will be announced on our social media channels in the next few weeks.

This site uses Akismet to reduce spam. Learn how your comment data is processed.

Sorry, no Tweets were found.